I've just got an ADI-2 Pro AE for measurement purposes and now I am evaluating the device.  I use MacBook Pro/Mac OS X 10.11/Logic Pro X.  I played a sweep signal and recorded it via analog loopback cable, and found a glitch near the end of the signal.  I analyzed the situation and here are my findings:

An artifact occurs near Nyquist frequency.  Below is a recording of magnitude-varying 95kHz sine wave, 90kHz is no problem.  I get similar results from both output channels of ADI-2 Pro, even if I record them via Fireface UFX, so I think that the problem resides in ADI-2 Pro's output.  Changing filter (Slow/Sharp/NOS) does not help.

Before continuing the test, I would like to hear RME's opinion about this. 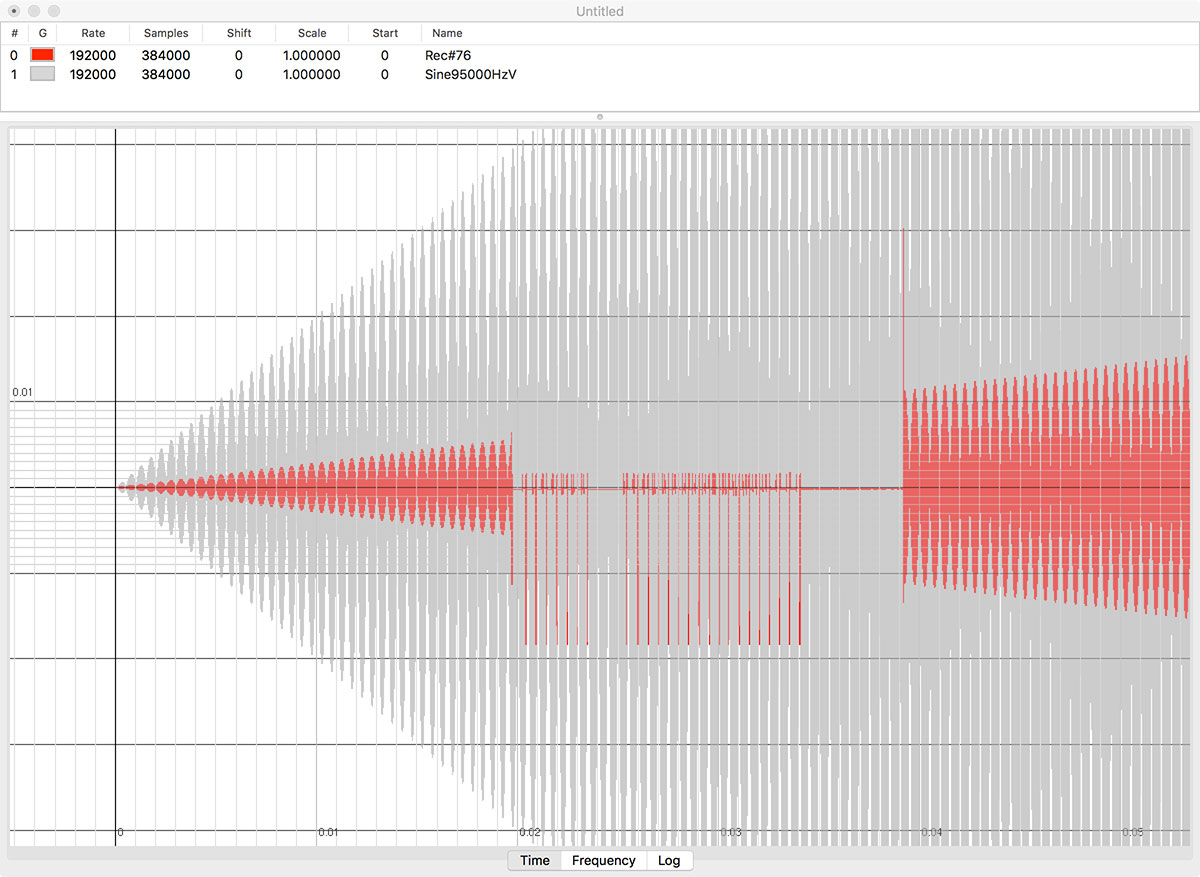 I guess I've come to the wrong place for help.

I upload another image.  The source is again 95kHz sine waves with various magnitudes.  The problem seems to occur only when magnitude is between about 0.003 and 0.007FS.  Since the analog input is set to +13dBu, that is between about 10mV and 24mV.  Am I right?

I bought the ADI-2 Pro on Jan. 24 from Sound House, a reputable audio equipment store in Japan.  It works great, except for the problem I described above.  Such high frequency as 95kHz may be irrelevant to many, but it is important for my measurement purposes.

I examined a wave file I recorded on Jan. 25th and found no problem.  So the device was OK on 25th.  Since then I have done a few firmware updates.  So I went back and tried both versions 149-83 and 159-85 and I see the same artifacts.  I tried direct USB connection, and connecting ADI-2 Pro via AES to Fireface UFX and then to MacBook Pro.  I get the same results.  Is there anything else I can do, or is the device considered defective? 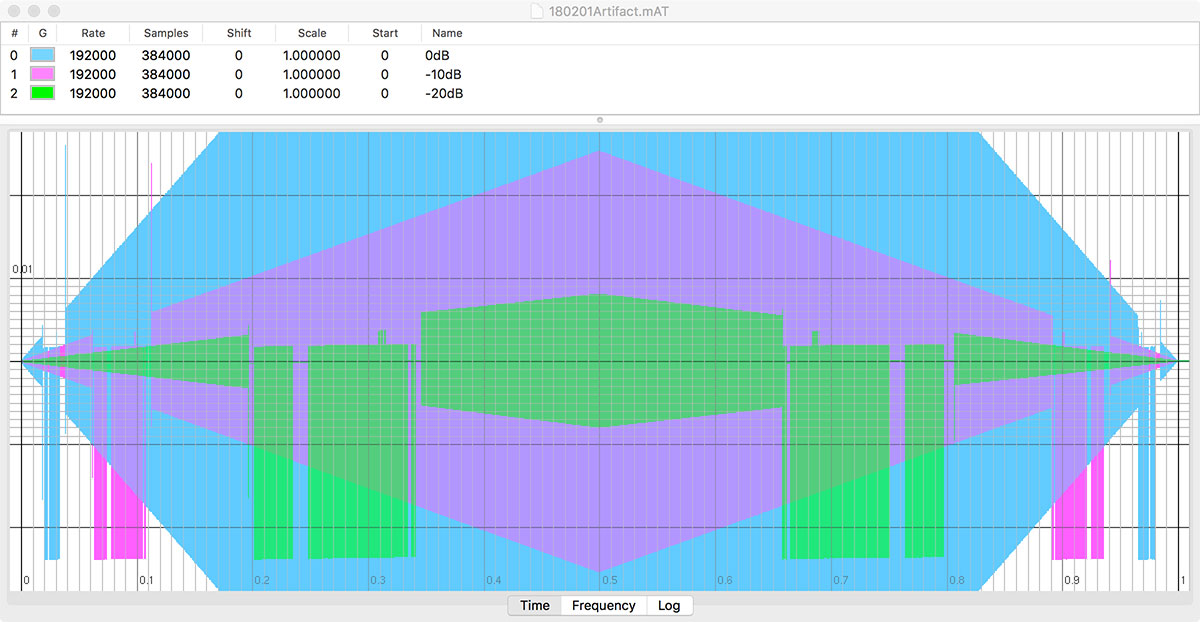 I will test this tomorrow. Right now I would suspect Core Audio to interfere. You could test that unit under Windows with ASIO?

That is not a valid level statement. dBFS, please.

I must admit I am a bit unsure how to interpret these graphs.... Can you somehow provide audio samples? Else you can always send the unit in and have it checked/serviced.

MC and Daniel, Thank you for your reply.
I put up a web page with description and links to the source and recorded wav files.
http://mahoraga.com/tmp/180130ADI2Pro/
Tell me if you need any other information.

> I must admit I am a bit unsure how to interpret these graphs.
The graphs are from my program, which overlays several audio samples.  I put screenshot of Audacity together with one by my program in the above web page.

Thank you for the clear webpage. I was able to reproduce the error, and it seems to be a bug in our firmware. More news upcoming.

Thanks for the reply.  I wait for the next firmware update then.

In my second post, I wrote "the device was OK on 25th".  But I recall that the sweep signal I used at the time was different from what I use now.  It is possible that the recorded signal level on 25th was outside of -50dBFS ~ -43dBFS range when sweeping near 95kHz and the artifact did not occur consequently.

For the record and anyone reading this thread: this is not a bug, it is a feature. Mr. Wada managed to generate a signal that equals the DoP header, causing the ADI-2 Pro to constantly switch between PCM and DSD mode. The same would happen with any other DAC supporting DoP. We will therefore add a setting to the next firmware that allows to disable the DoP detection (I contacted him already directly and explained this and a workaround for the time being).

Note that in normal usage there is zero chance to ever encounter this issue.

I have updated the firmware and verified that the new option solves my problem.  Thank you very much for implementing the option.