Would you please share with me your favorite PEQ settings for the SENNHEISER 650HD?

Which PEQ settings do YOU consider as "most neutral" considering the typical (minor?) flaws in the soundcurve of this headphone model.

Looking forward to your expert opinion!

You could use that as an orientation and then adjust the EQ to your taste. :-)

I use this settings, taken from the ASR site: 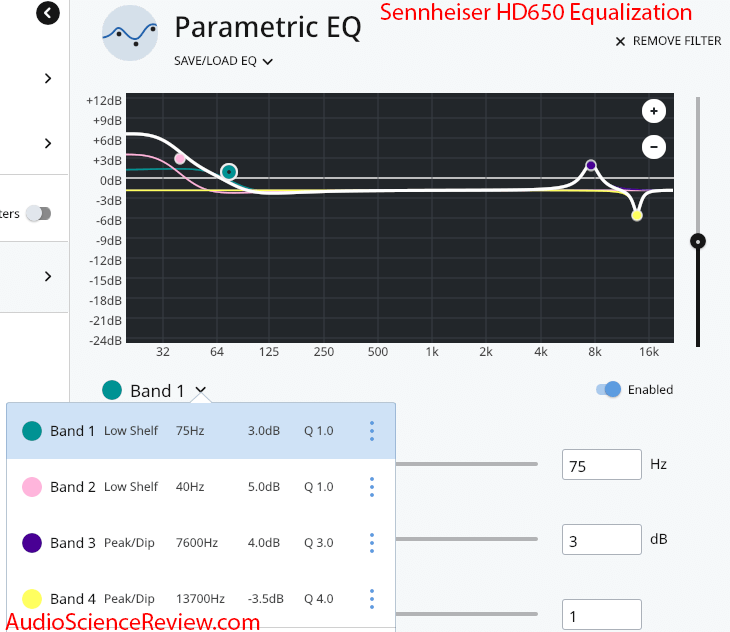 Thank you both @whitenoiz83 and @fisico for your very helpful suggestions. However, for reasons of convenience I will start implementing the suggested settings in @fisico's reply!! 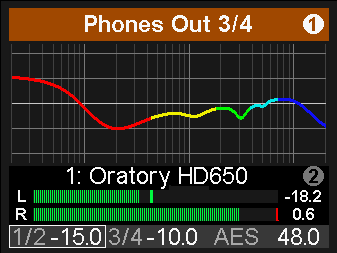 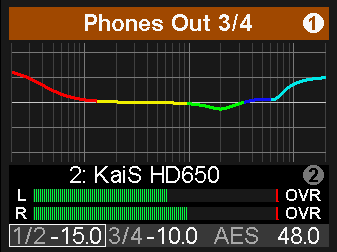 Olala, this thread is becoming pretty interesting! @Kai & @Matthias, thank you so much for your contributions. Very helpfull and I will definitaly test these different settings. It becomes challenging to get the right settings to my taste. I've noticed myself several times a very disturbing sound peak just above 1 Khz. May be this is due to my specific headphone.

@Fisico referred to PEQ settings provided by Audio Science Review. Please find the link to the Review of the SENNHEISER 650 HD by Amir Majidimehr of ASR, to put Amir's  recommended PEQ settings in the context of his review.

Not much to criticize on the Sennheiser HD-650 from my side.
I can confirm it’s reference status for tonallity.

Mainly there’s bit of lack in the sub and brilliance department.

The 2 kHz correction already might be a personal thing, albeit some minor over-presence is criticized by others here and there too.
Even depends on your listening level behavior, I don”t use loud levels normally.
I have the vocals in a song slightly above normal human’s talking level.

• HD-650 can take quite some EQ without negative side-effects.
EQ can lift it‘s quality some notches up the ladder of quality, making HD-650 a strong contender against much more expensive ‘phones.

• With ADI-2 it‘s easy to store and compare different EQ Presets to find a personal optimum.

@Kai thank you for your additional explanations. Very relevant and substantial!!

So what part I haven´t understand, doesn´t it nevertheless work that way? How is that possible in your picture to get PH 3/4 to OVR @ -10 dB(r) volume setting on "KaiS HD650" -EQs? Is there differences in firmware versions how EQ and volume behave regarding analog output levels? I don´t say this aloud but could active loudness -function cause that... ?

Last winter I had those mysterious, still unsolved, clipping problems on other firmwares than 259/111, if you remember (propably don´t). Clipping occurred suspiciously pretty EQ -boost amount much earlier than with 259/111 (meters didn´t show OVR). Final consensus here was I was fucking things up myself, overloading analog input and/or my headphones or using crap level external gear with blasphemy (headphone output of AVR). Which wasn´t the case. I gave up since then though, and been just using 259/111.

Unfortunately I can't comment on the contribution of @MstrC-117. As a pensionado, plain music lover, economist, leisure activist and après-ski teacher

I lack the knowledge to adequately comment on his reply.

Possibly someone far more knowledgeable than me, is able to comment?

The picture is perfectly pixel-aligned and color-correct.

Therefore I assume what you see must be a simulator, not a photo of the real thing.
So discussing this might be fruitless.

Just a reminder:
1. ADI-2 has 24 dB internal headroom for processings like EQ-boost.
The Volume control fits this back to the DAC’s working range.

2. The headphones out’s meters have a mechanism to detect real load dependent overs of the analog amp, and automatically adjust their 0 dB reading to this value once a single analog overdrive event occurs.

This is a software simulator for producing screenshots, with a random level meter display (disco lights...).

Unfortunately I'm not able to find the "Shape" setting(s). I succeeded to implement all other settings which you're using. I'm a noob in this field. Would you bring me in the right direction? Sorry for the inconvenience. The latest firmware has been installed in my ADI-2 Pro AE unit.

Thank you for your support!!

Unfortunately I'm not able to find the "Shape" setting(s). ..

In EQ Bands parameter settings menu press Encoder 2 to activate the Shelf / Peak / High or Low Pass selection.
It’s only available in Band 1 (B1) and 5 (B5), not in Bass Band (BB) or Treble Band (BT).